A significant number of children a year are diagnosed with Global Development Delay (GDD) or some version of development delay issue.  We commonly see children in programs with this diagnosis.

If you are reading this blog you are probably aware that a child may be described as having global developmental delay (GDD) if they have not reached two or more milestones in all areas of development (called developmental domains). These developmental areas are: 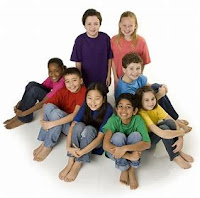 
·       speech and language - which also includes babbling, imitating speech and identifying sounds, as well as understanding what other people are trying to communicate to them. Oral motor included here.


·       social and emotional skills - interacting with others and development of personal traits and feelings, as well as starting to understanding and empathy
The causes of GDD vary depending on Congenital or Acquired determinants.  Essentially the child is affected by some sort of "insult" to the nervous system during development.  Often the exact cause of GDD is never identified. This is contributes to difficulty in treatment and outcomes prediction

Developmental disabilities are relatively common in children, with a 5-10% prevalence. GDD is estimated to be prevalent in 1-3% children < 5 y.o, and it is estimated that between 40,000 - 120,000 children born each year in the U.S. and Canada will manifest GDD. There are many possible causes for the clinical picture of GDD and some causes are treatable. Therefore, early recognition and diagnosis is important. In addition, some of the etiologies are genetically transmitted and may affect future family members. An underlying etiology can be identified in approx 25% of cases of developmental delay, with higher rates (50%) in GDD and motor delays, and lower rates (<5%) in children with isolated language disorders.
What if catching up is desired??...As a parent the emotional strain occurs when becoming aware of the issues your child has, especially as they enter the school system.  The common clinical understanding is that the child may never "catch up" to their developmental milestones.  This is very difficult to hear, especially if the goals of therapy are measured in this way.  What if the goals are measured another way?

Individuating the goals are most important. Focusing on multiple levels of development.  Child development is extremely complex and ever changing.  A standard of focus is best on a global neurological perspective with "microassessing" (identifying small components of change).

For global muscle adaptation, simultaneous engagement of multiple motor neurons (within muscle) is helpful for development.  The 'old' idea is we avoid or negate many activities in replace of the one to encourage improvement.  Unfortunately, we have seen the long-term result of this type of therapeutic approach. Children who develop into adults this way have very limited neurodevelopment and therefore function.  For MOST GDD children, the delays are significant enough to warrant caution, however this should not translate into lack of neuromuscular stimulation.

The newest science is changing the way we think and understand adaptability in neurotransmission in the brain. In delays or neurological disorders it was known that synaptic activity was impaired and in some instances non-existent.  Now we know this not true. (myelin facilitation of whole brain neuroplasticity J Lieff, MD. Feb 2016) In fact we can produce new transmission through stimulation with a global use of the brain's synapses, therefore a multifocal approach to stimulation! This is the simplest way to explain a very complex neuroplasticity process in the brain and nervous system.

About GDD Treatment... the child will NOT grow out of the issues, nor will placing them in sports to fix the physical delays nor general education.  The speed at which a child with GDD learns is a major part of their impairment.  The idea of a multifocal approach and stimulation offers the child an opportunity to improve.  Focus on frequency, intensity, consistency and global stimulation when in comes to physical therapy-type programs.  When it comes to additional needs a Paediatric Occupational Therapist who knows about GDD can be extremely helpful. Additionally the use of Music and Art therapy by qualified professionals will enable advanced brain activity even beyond neurotypical counterparts.


written by the Team at the BODiWORKS Institute, 2018

Posted by healthisfreedom2 at 14:00 No comments: